Coach Bankemper Voted Into The Hall of Fame 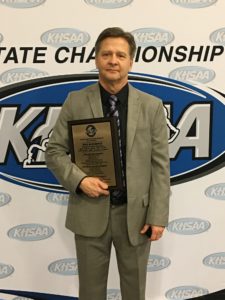 Congratulations to CCHS wrestling coach Mike Bankemper for being inducted into the Kentucky Wrestling Coaches Association Hall of Fame this weekend at the KHSAA State Wrestling Tournament.