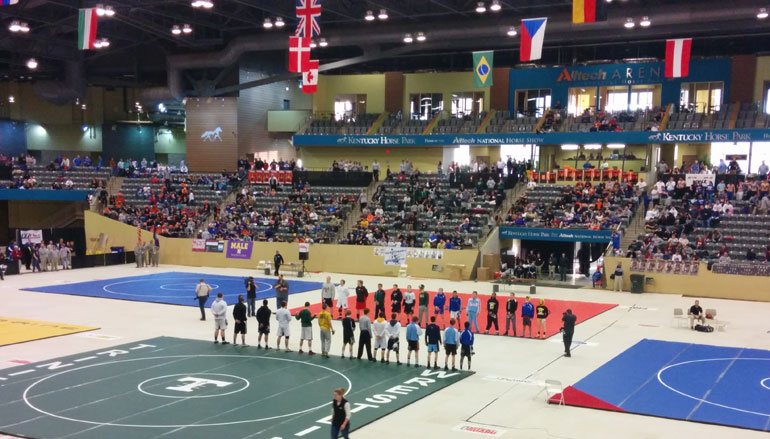 For a second straight year the camels are taking home the second place trophy at the Kentucky High School Athletic Association State Tournament.

This year Campbell County qualified eleven of fourteen wrestlers for the state tournament. Of the eleven that qualified, five of them were state placers from last year.

The camels started out strong in the first round as eight wrestlers won their first round match, and as a team would move into fourth place. In the next set of rounds they would climb their way to second place, and hold that until the end.

Below are the results of all the wrestlers.

Ian is the founder of Camel Pride. He is a 2002 CCHS graduate. He lives with his wife and four children in Grants Lick.