Football Plays For The NKMSAA Championship 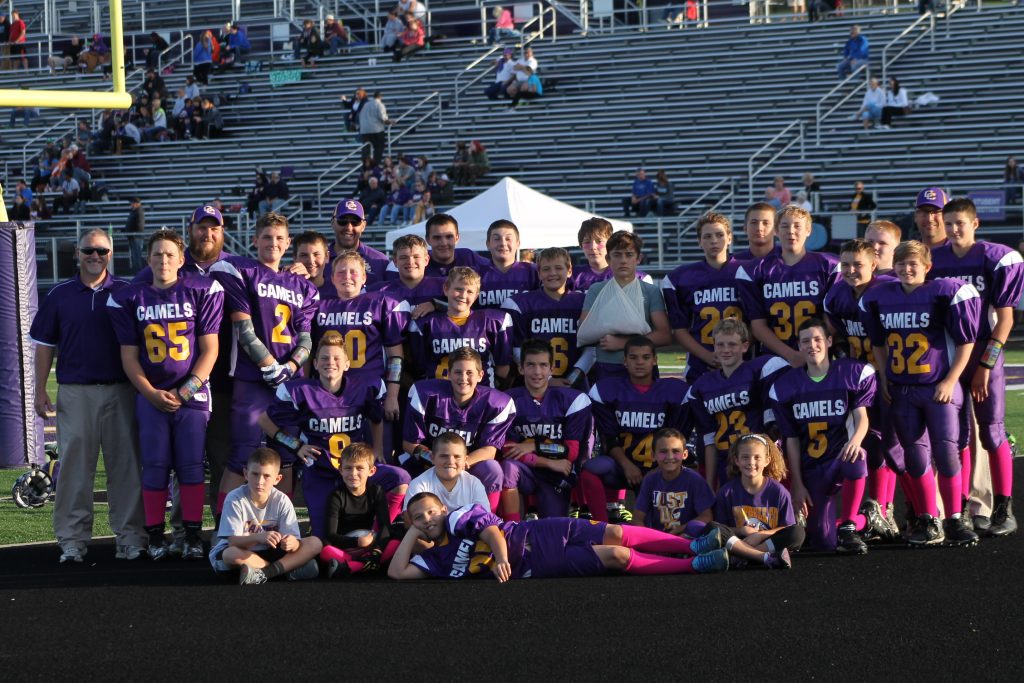 Congratulations to the CCMS 8th grade football team for winning their semi-final play-off game this past Saturday. They defeated Woodland and now advance to the NKMSAA Championship Game! The Camels are undefeated this season and look to bring home a Championship! The Championship game will be played Saturday October 22nd 8:00 pm at Campbell Co. High School. Come out to support the Camels as they look to defeat Turkeyfoot in the Middle School Championship game. Go Camels!

This years team has a record of 8-0, scoring a total of 328 points while holding their opponents to only 18 points.