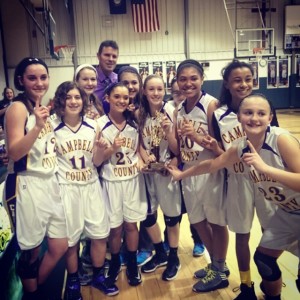 The freshman team defeated Scott 35-28 to capture the 37th district tournament last night. They were lead by Mallory Holbrook with 12 followed by Chole Seckman with 7. Jada Scott pulled down 8 rebounds.

The girls advanced to the championship game after defeating Calvary Christian 31-10 on Tuesday.

With the win, they advance to the regional tournament which will be held at CCHS. Dates are to be announced.