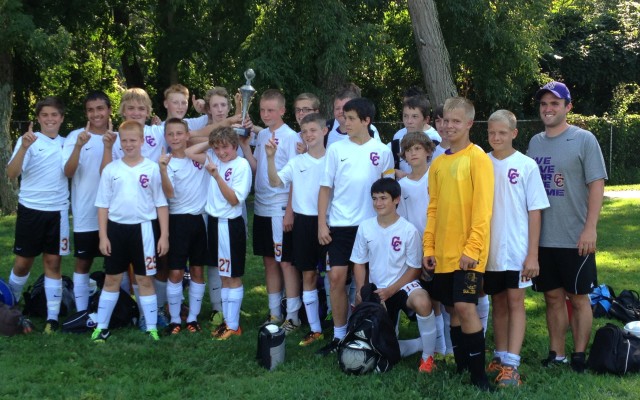 The campbell county freshmen soccer won the mustang invitational today. The team played three games over the weekend and defeated NCC, Brossart, and Pendleton County, out scoring their opponents by an impressive mark of 13 goals to one.  Four players from the squad were named to the all-tournament team, Grant Perkins, Zach Kuebbing, Adam Clark, and the tournament MVP was Colten Schneider who had 3 goals and 4 assists throughout the tournament.