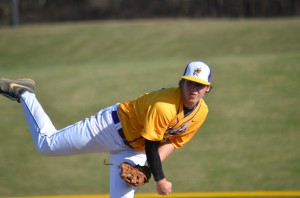 Campbell County Camels Varsity jumped out to an early lead on Bellevue and captured a 12-0 victory on Wednesday.  With 12 runs in the first three innings, Campbell County left no doubt about the eventual outcome.

A passed ball and a sacrifice fly by Gabe Kremer during the first inning and a fielder’s choice, and a three-run double by Kremer in the second inning fueled Campbell County Camels Varsity’s offense early.   Brady Sansom racked up three RBIs on two hits for Campbell County.

Bellevue couldn’t get anything going as long as Josh Reynolds was pitching. Bellevue managed just one hit off of the Camels  pitcher, who allowed no earned runs, walked two and struck out four during his five innings of work.

Bre. Seiter couldn’t get it done on the hill for Bellevue, taking a loss. He allowed 12 runs in three innings, walked none and struck out two 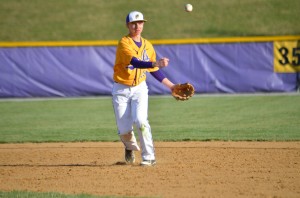