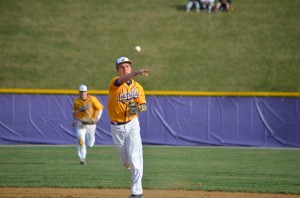 He singled in the fifth inning and doubled in the sixth inning.

Cameron Edwards got it done on the bump on the way to a win. He allowed three runs over six innings. He struck out four, walked two and surrendered six hits.

Parks ended up on the wrong side of the pitching decision, charged with the loss. He lasted just two innings, walked one, struck out none, and allowed three runs.

In the top of the second, Cooper grabbed the early lead, 3-0. Cooper then tacked on more runs when Sissen and Michels scored on a two-run single by Schlarman.

The Camels pushed across one run in both the second inning and the fifth. In the second, Campbell County scored on a groundout by Johnny Eblin, plating Gabe Kremer.

Campbell County never surrendered the lead after the fifth inning, scoring one run on an RBI single by Carson Plessinger.

The Camels built upon its lead with four runs in the sixth. Brady Sansom‘s triple got things going, scoring Blake Losey. That was followed up by Metz’s double, bringing home Sansom and Dawson Hogan. 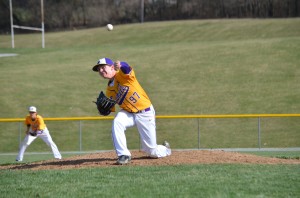