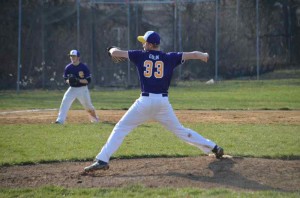 Campbell County Camels Varsity beat Lloyd Memorial on Wednesday 8-2 in seven innings.  The Camels scored four runs in the second on an RBI double by Robert Metz, a wild pitch, an RBI single by Willy Cox, and a sacrifice fly by Brady Sansom.

Blake Losey led the Camels offensive threat, as he got on base two times in the game. He tripled in the first inning.

Johnny Eblin got it done on the rubber on the way to a win. He allowed two runs over four innings. He struck out two, walked one and surrendered two hits.

Hatton was the game’s losing pitcher. He lasted just three innings, walked one, struck out two, and allowed five runs.

Campbell County Camels Varsity didn’t relinquish the lead after scoring one run in the first inning when it scored on an RBI single by Dawson Hogan.