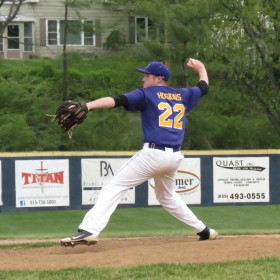 Galvin got it done on the mound on the way to a win. He pitched four shutout innings. Galvin struck out one, walked two and gave up three hits.

Josh Reynolds ended up on the wrong side of the pitching decision, charged with the loss. He allowed six runs in 1 2/3 innings, walked seven and struck out three.

Covington Catholic stayed on top until the final out after taking the lead in the first, scoring six runs on a two-run single by Ratcliff.