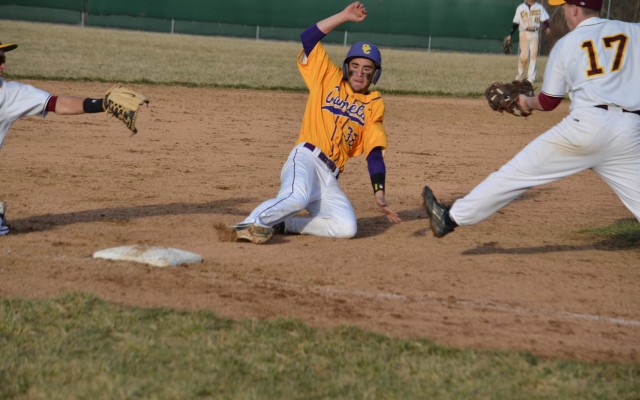 Campbell County Camels Varsity lost 12-4 to the Cooper Cougars on Monday at Cooper, despite a total of eight hits.

Dunn recorded the win for Cooper. He allowed four runs over six innings while pitching in front of a scout from the Cincinnati Reds. He struck out six, walked one and surrendered five hits.

Kyle Becker ended up on the wrong side of the pitching decision, charged with the loss. He allowed seven runs in 4 1/3 innings, walked one and struck out three.

Cooper quickly matched the Camels strong inning with a three-run inning of its own in the second. Cooper scored on an RBI double by Burgos and a two-run double by Tienken.

Cooper went up for good in the fourth, scoring two runs on two singles.

Cooper added two more runs in the bottom of the fifth. A single by Holland ignited the offense,, plating Rohlman. That was followed up by Dragon’s single, scoring Holland.

After pushing across one run in the top of the sixth, Campbell County Camels Varsity faced just a 7-4 deficit. An RBI single by Robert Metz sparked Campbell County’s rally. Finally, Dunn induced an inning-ending ground out from Erik “Willy” Cox.

Cooper scored five runs of its own in the sixth. Cooper scored on a sacrifice fly by Dunn, a two-run triple by Hathorn, and a two-run home run by Holland.