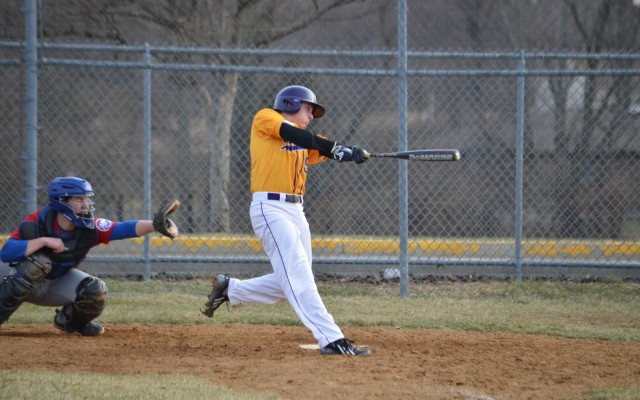 Seven hits weren’t enough for Campbell County Camels Varsity as it lost a shootout, 10-9 in six innings, to Conner on Thursday at Conner.

Cameron Edwards racked up two RBIs on two hits for Campbell County Camels Varsity. He singled in the second inning and recorded his first varisty home run in the fourth inning.

Black got the win in relief for Conner. Black pitched one inning and allowed no runs.

Conner was sparked by Ross and Ostertag, who teamed up for six hits and five RBIs.

Erik “Willy” Cox was charged with the loss. He lasted just one-third of an inning, walked three, struck out one, and allowed one run.

Conner answered Campbell County Camels Varsity’s top inning with four runs of its own in the second. Conner scored on a fielder’s choice, a two-run single by Ross, and an RBI single by Ostertag.

Conner stayed on top until the final out after taking the lead in the sixth, scoring four runs on a two-run double by Ross.