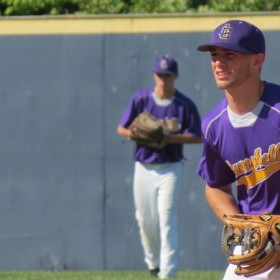 An RBI double by Heppler gave Covington Catholic the lead in the fifth inning.

Joe Kremer racked up two RBIs on one hit for Camels. He tripled in the first inning.

Brown recorded the win for Covington Catholic. He allowed three runs over five innings. He struck out seven, walked one and surrendered six hits.

The top of the first saw Camels take an early lead, 3-0. Camels’ rally started when Tyler Walsh singled. A single by Rob Franzen then moved Walsh from first to second. Kremer tripled, scoring Walsh and Rob Franzen. Camels pushed more runs across when Kremer scored on an RBI single by Johnny Eblin.

Covington Catholic stayed on top until the final out after taking the lead in the fifth, scoring 10 runs on an RBI double by Heppler, a two-run error, a sacrifice fly by Kunkel, four singles, and a steal of home by Pope.