Camels offense too much for Pendleton County in 13-3 rout 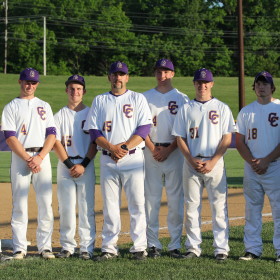 Camels jumped out to an early lead on Pendleton County and captured a 13-3 victory on Tuesday at Tom Mohr Field on Senior Night.

With nine runs in the first three innings, Camels left no doubt about the eventual outcome.

Walsh had a busy day at the plate, collecting two extra-base hits, with his first breaking 2011 Graduate Coy Shepard’s all-time hit total for the Camels.

Joe Rawe‘s seven strikeouts helped Camels to the victory. Rawe allowed no earned runs on three hits and one walk over 4 1/3 innings.

It didn’t take long for Camels to answer as it scored four runs of its own in the fifth. Camels scored on a wild pitch and a three-run double by Johnny Eblin.