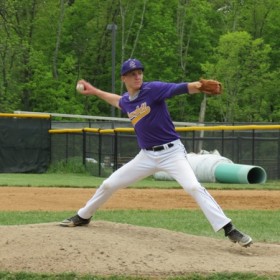 Joe Kremer did all he could to give Camels a boost, but it wasn’t enough to get past Simon Kenton, as Camels lost 3-0 in seven innings at Simon Kenton on Tuesday.

Kremer was solid at the plate for Camels, going 2-3. He singled in the fourth and seventh innings.  Avery Wood mustered the only other hit for the Camels.

Lawrence got the win for Simon Kenton. He tossed seven innings of shutout ball. Lawrence struck out seven, walked two and gave up three hits.